Polycystic ovarian syndrome (PCOS) is a complex hormonal condition, a syndrome, that can be associated with multiple medical issues including irregular and abnormal menses, infertility, skin and hair problems.

The doctors at Create Health specialise in PCOS.

PCOS is relatively common.  It may affect 5 to 15% of women in the reproductive age group (between adolescence and menopause).  A high percentage of cases unfortunately remain undiagnosed.  PCOS is one of the most common causes of infertility.

We still do not fully understand the cause of PCOS, however, family history and genetics play a significant role in the development of the condition.  Hormones and lifestyle are also significant.  Higher insulin resistance is present in many, but not all, women with PCOS.  Because the body does not respond well to insulin, the insulin levels are higher as the insulin does not work efficiently in metabolising blood sugar.  Women with PCOS also have a high level of androgen hormones. Both males and females naturally have androgen hormones in their body. In the female the androgen hormones are used in the production of the female ovarian hormones, as well as in egg maturation for the ovulation process.

Symptoms of PCOS include, irregular or absent menstruation, excessive body hair growth, excessive acne, delay in falling pregnant, infertility. Insulin resistance, if present, may lead to weight gain and difficulty losing weight. These women are more prone to diabetes and cardiovascular disease. Not all women are overweight, however. You can be of normal weight or underweight and still have PCOS.

Making the diagnosis of PCOS can be confusing and challenging to patients.

In general, to be diagnosed with PCOS, women need to have at least two of the following criteria:

Symptoms of excessive acne or body hair.  This may also involve hair loss on the scalp when the levels of testosterone are high.

A blood test showing high levels of androgens such as testosterone.

You don’t need the ultrasound criteria as part of the diagnosis if you have 2 and 3. In fact using ultrasound for diagnosis is not recommended for women under 20 year of age as they commonly naturally will have multiple follicles in their ovaries.

It is very important to distinguish between polycystic ovarian syndrome (PCOS) and so called “polycystic ovaries (PCO)”.  Polycystic ovaries, now known as multifollicular ovaries, refers to the presence of 25 or more follicles in at least one ovary on ultrasound scanning without displaying the symptoms and signs of the full syndrome.  The number of follicles in an ovary is proportional to a person’s total egg count, as a female is born with all her eggs, stored in the ovaries. It is therefore very common, and normal, to see multifollicular ovaries on ultrasound, especially in younger women, without necessarily implicating the whole syndrome problem and the medical issues it entails. 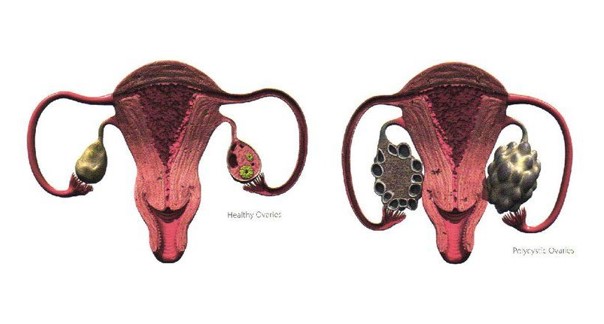 It is very important to remember that PCOS is not a disease.  It is a syndrome which means it is combination of symptoms or signs.  Treatment of this syndrome is usually directed at the symptoms, or the specific problems for each woman that may arise as a result of PCOS.  The main lines of treatment options include:

Women with PCOS are more prone to other fertility issues such as Endometriosis. Your Create Health ​gynaecologist can discuss this further with you. Managing PCOS may require a multidisciplinary team. We, here at Create Health, pride ourselves in working with several health professionals including dietitian, psychologist, psychiatrist, endocrinologist and physiotherapist.

If you have any questions or enquiries do not hesitate to contact us at Create Health via phone or email to make an appointment to see one of our experienced specialists.