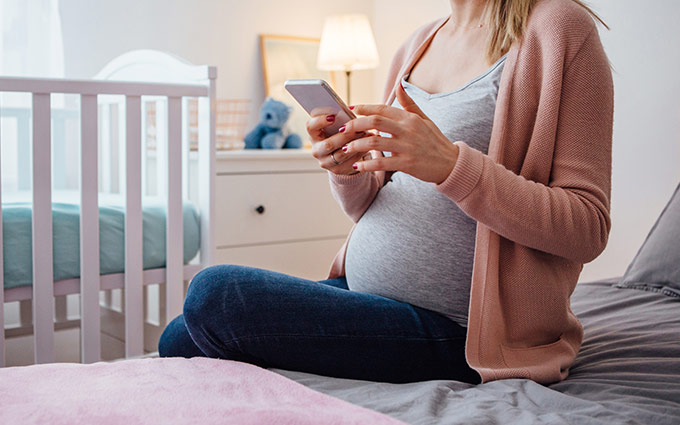 Pregnancy is a wonderful and exciting time but women often get confused by all the conflicting information about what they “can and can’t do” This blog answers the most common questions that Dr Tom Manley gets asked in antenatal visits. Let’s bust some myths!

Avoiding certain foods in pregnancy is an attempt at reducing a pregnant woman’s chance of consuming contaminated food with salmonella or Listeria.

It is also thought that because of a pregnant woman’s decreased immune system she is more than 13 times more likely to become unwell from Listeria.

All foods in general are safe to eat but some foods are at higher risk of carrying these bacteria and therefore should be avoided in pregnancy.  This is because these foods are handled a lot before sale.

This can feel very restrictive to some women so my general rule of thumb is to avoid these foods if possible or prepare them yourself at home from fresh ingredients.  Also if a food is kept on the shelf at a supermarket and doesn’t need refrigeration before opening, it is safe to consume.

Exercise – I have to stop pilates during pregnancy?

Exercise is safe and it should continue during pregnancy.  The important aspect here is the intensity and duration of the exercise.  This is different for everyone and relates to your fitness level pre-pregnancy.

Any exercise that could increase your core body temperature by one degree could have an effect on your pregnancy.  Training for a marathon for example, is not recommended.

Moderate exercise (up to one hour, three to four times per week) is considered safe but I wouldn’t recommend this unless you are already doing this level of training before pregnancy.

Classes such as yoga and pilates are safe throughout pregnancy but please let your instructor know that you are pregnant (they may want to modify some activities).

Hair colouring is generally safe in pregnancy.  Dye is not absorbed significantly through the skin.

Keratin hair-straightening treatments are not considered safe during pregnancy so should be avoided.

Fake tan is safe but general advice is to avoid spray tans because the effect of inhaling the fumes.

Nails are commonly asked about.  Salon treatments or use of polish and acetone at home are both safe.  Prolonged exposure (daily) to fumes released by these treatments should be avoided.

Sex – My partner thinks sex will hurt the baby?

This is a myth.  Sex and orgasm are safe throughout pregnancy and will not induce early labour.  If you have broken your waters, have a suspected vaginal infection or bleeding please avoid sex and seek advice from your obstetrician or birth suite.

Sleeping position – I have to sleep on my left for the safety of my baby?

Before 18 weeks pregnant feel free to sleep in the most comfortable position you can.  After this stage of pregnancy, lying on your back can put pressure on the major return of blood to your heart.  This in turn can reduce the amount of blood back to you and your baby.  To prevent this sleeping with your hips tilted to the left or sleeping on your left side is thought to be best.  Lying flat on your back for less that approximately 20 minutes is safe.

Caffeine – I don’t want to give up my morning coffee but I’ve heard it’s not safe?

Caffeine is safe in pregnancy but limit your intake to two cups or less a day.  Less than 200mg of caffeine (two lattes) per day hasn’t been shown to impact on the health of pregnancy.

Alcohol – Has anything changed?

The jury is permanently out on this one.  Government authorities will always say the safest approach is to avoid any alcohol during pregnancy.

Fetal alcohol syndrome is a devastating condition affecting babies of mothers who are heavy drinkers during pregnancy.  It is therefore thought to be dose related and there is not a safe dose known for any individual women.  Despite this the occasional standard drink hasn’t been shown to have any impact to the pregnancy.