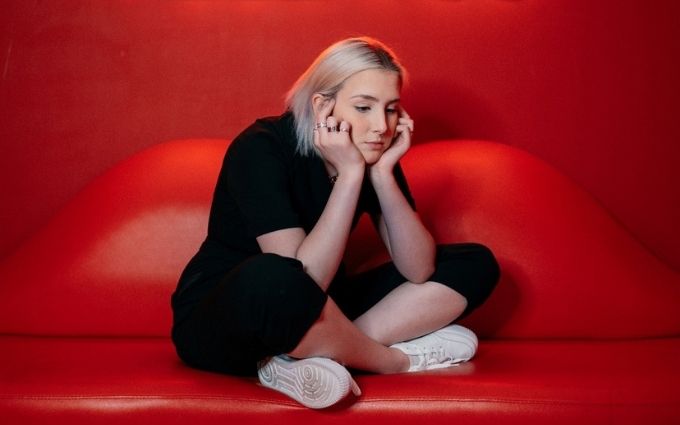 The majority of women in their reproductive years, from when periods start as a teenager until menopause, experience physical and emotional changes around the time of their period. In fact, at least 90% of women with regular menstrual cycles report these symptoms to some degree in the lead up to their period. For the majority of women, these symptoms are mild and tolerable. However, for a certain group of women, these symptoms can be very troublesome and may cause significant disruption to their lives.

Premenstrual Syndrome, commonly referred to as PMS, is a broad term that refers to the pattern of physical, emotional, and behavioural symptoms that occur in the 2 weeks before the period (menses). The symptoms ease with the onset of the period.

PMS is common, the severity and experience vary with each woman. Clinically significantly troublesome PMS symptoms effects up to 10% of women.

Premenstrual Dysphoric Disorder (PMDD) is a more severe form of Premenstrual Syndrome (PMS) characterized by significant premenstrual mood disturbance, often with prominent mood changes and irritability. Symptoms of PMDD can emerge in the 2 weeks preceding menses and typically resolve with the onset of menses. This mood disturbance results in marked social or occupational impairment. During this time interpersonal relationships are particularly affected. The typical PMS symptoms are more exaggerated and the effect on the woman very pronounced.

PMDD affects up to 8% of women in their reproductive years, with symptoms usually emerging during a woman’s twenties, although can start during teenage years. These symptoms may worsen over time.

Risk factors a woman may have that increases the likelihood for experiencing PMDD include a personal history of a mood or anxiety disorder, stress and a family history of PMDD.

There can be an overlap between PMDD and other medical and psychiatric conditions, such as chronic fatigue syndrome, fibromyalgia or migraine disorder.

PMDD can be distinguished from other mood disorders primarily by the cyclical nature of the mood disturbance.  Therefore, the best way to distinguish PMDD from an underlying mood disorder such as depression or anxiety is through daily charting of symptoms in relation to the menstrual cycle.  In addition, PMDD mood symptoms are not present in the absence of a menstrual cycle, such as during pregnancy or after menopause

What Causes PMS and PMDD?

Although the full aetiology of PMS and PMDD remains unclear recent research indicates that women who are vulnerable to premenstrual mood changes do not have abnormal levels of hormones or some type of hormonal dysregulation, but rather a particular sensitivity to normal cyclical hormonal changes.  It is the midcycle increase in the ovarian hormones oestrogen and or progesterone after ovulation that may trigger PMS symptoms.

Fluctuations in oestrogen and progesterone levels cause marked effect on the brains’ chemical messengers, called neurotransmitters, affecting brain nerve pathways. One neurotransmitter, serotonin, may be particularly affected. There may also be a role for gamma amino-butyric acid (GABA), the main inhibitory neurotransmitter, in the cause of PMS/PMDD.

Non-Pharmacologic Treatment for PMS and PMDD 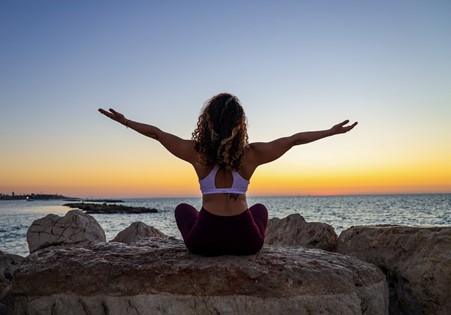 Keeping a monthly mood chart can be informative and even therapeutic for many women. In addition to confirming the diagnosis, many women feel better if they can identify the relationship between their cycles and mood changes and can thus anticipate times at which they may be at risk for mood worsening.

Lifestyle changes can help to improve the symptoms of PMS and PMDD. For some women decreasing or eliminating the intake of caffeine, sugar and alcohol in the diet may help. Regular aerobic exercise has been demonstrated to have beneficial effects on both emotional and physical symptoms.

Proven supplements that may help symptoms include 1200mg of calcium a day, and 50-100mg of B6 a day.

Some research suggests, but hasn’t proven, that magnesium (200-360 mg a day) and Vitamin E (400 IU a day) can provide some symptom relief.

Herbal remedies may have some role in the treatment of premenstrual symptoms.  Research has shown that vitex agnus castus fruit extract, also known as chasteberry, is a safe, efficacious treatment for PMS/PMDD symptoms, although there has been some doubt thrown on the quality of the research undertaken.

St. Johns Wart can help treat physical symptoms, however research shows it does not have a significant impact on depressive symptoms, anxiety or irritability.

Early evidence suggested that evening primrose oil may be a useful treatment of PMS, however a recent review of studies found that it was no more effective than placebo.

Pharmacological Medicine for the treatment of PMS and PMDD

Selective serotonin reuptake inhibitors (SSRI) have shown to reduce physical and emotional symptoms of PMS and PMD. The medicine most studied is Fluoxetine 20mg. The medicine starts to work within just a few days. It can be taken continuously or for some women just for the 2 weeks prior to the period.

Other antidepressants that have been studied include Clomipramine (a tricyclic antidepressant), Venlafaxine (Effexor), and Duloxetine (Cymbalta).

Hormonal treatments of PMS and PMDD are based on the principle that suppression of ovulation eliminates hormonal fluctuations and therefore premenstrual symptoms. Results however from studies using oral contraceptives pills to treat PMS and PMDD have been mixed. Pills with the progesterone hormone Drospirenone have shown the most effect. Studies have suggested taking the pill continuously, skipping periods, works better than having a monthly period. This keeps hormonal fluctuations to a minimum.

For severe symptoms that fail to respond to any of the above strategies, medications that suppress ovulation, such as the GnRH agonist Zoladex, may be considered. Surgical removal of the ovaries, resulting in menopause, is very occasionally performed when all other treatments have failed.

Obtain help for your symptoms

The doctors at Create health are experts in women’s health. Please contact us to discuss your symptoms and how we can help.