Testing for the Health of Your Unborn Baby 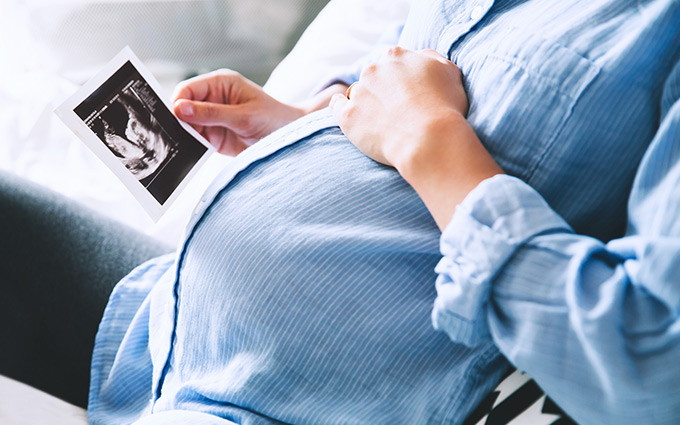 After the excitement of finding out you are pregnant it is common to naturally think about the health of your unborn baby. Based on your menstrual cycle an estimated due date can be calculated. Once you are approximately 6 ½ weeks pregnant the early baby, called an embryo at this stage, can be seen on an ultrasound scan performed by your Obstetrician at Create Health. Despite the embryo being only about 1cm long its heart rate can be measured. A normal heart rate will be over 100 bpm. It is amazing to see the little flicker of life growing inside you!

Once your due date is confirmed the next set of tests are blood tests, usually performed from 10 weeks gestation. These are routine pregnancy blood tests for the mother, including tests to exclude infection, such as Hepatitis, syphilis and HIV, and tests to check immunity to Rubella and Varicella (Chickenpox).

At this stage testing for chromosomal or gene abnormalities can be performed. These tests are totally voluntary tests, each couple decides whether they would like to test or not.

Chromosomes are little structures that carry all the bodies’ genes. Humans have 46 chromosomes that carry over 20,000 active genes. Genes are like the ‘blue-print’ to allow the embryo to physically form and grow, and to allow the embryo and subsequent newborn baby’s body to function properly. The most common chromosomal test performed is the Non-Invasive Prenatal Test (NIPT). This test is a highly accurate blood test taken from the mother, testing for the five most common chromosomal abnormalities, including Downs Syndrome. Some couples enjoy that this test also identifies the baby’s gender, which can be revealed to you if you would like to find out. Others like to keep the surprise for the day of the baby’s birth. It is your choice!

Genetic testing of the parents is also available. If there is a known genetic disease in the family, this can be specifically tested for. There is also the option of general genetic screening testing. The three most common serious genetic diseases, Cystic Fibrosis, Fragile X and Spinal Muscular Atrophy (SMA) can be tested for in a single blood test. Nowadays there is also the option of expanded genetic carrier testing, testing for approximately 750 genes, which cause 1300 inherited genetic diseases. Your Create Health Obstetrician can discuss this in more detail with you.

Unfortunately, there is no testing available for some conditions such as Cerebral Palsy, Autism or mental impairment.

At 13 weeks gestation the embryo has mostly fully formed. An ultrasound at this stage and at 20 weeks will check for any physical defects in the growing embryo and subsequent fetus. The embryo is now looking more like a little baby. Photos or DVDs can be taken for you to cherish in the future and to show family and friends.

From 24 weeks, it is important to monitor your baby’s movements. You should feel your baby move a few times every day. You will feel movements when you are resting or in bed overnight. Alert your Obstetrician or booked hospital if you do not feel any movements after resting for at least one hour.

In the latter part of the pregnancy, the third trimester, a further ultrasound is commonly performed, checking for your baby’s growth and well-being.

Reassuringly, most babies are born very healthy.  Your Create Health Obstetrician will discuss in detail any testing or monitoring needed for you as your pregnancy progresses. We are always here to answer any of your questions, so please ask!